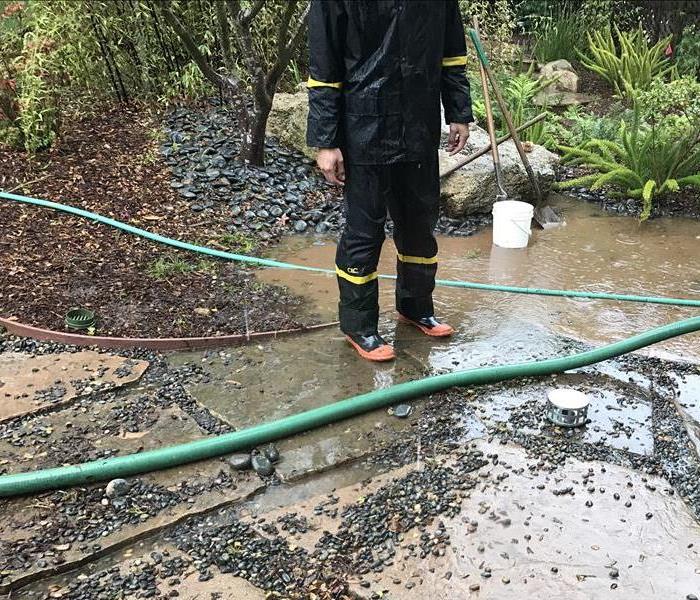 The weather here in Santa Barbara is largely influenced by the Pacific Ocean.  At any given point in time, the ocean is either warming up or cooling down and those temperature changes play a large role in how much precipitation we are expected to receive each year.  In years when the ocean is observed to be warming up, it is said that we are in a weather pattern known as El Nino, or "little boy".  When the opposite happens and the water is cooling, the phenomena is known as La Nina, or “little girl”.

In years when the rain is good, we are stuck with a Catch-22 situation because we want the rain, and we want a lot of rain, but it sometimes comes in large amounts over a short period not giving the ground time to absorb what has fallen.  The County has begun to take steps to hopefully deter future debris flows by installing ring netting over the most problematic creeks.  They have worked on creating a better warning system for residents in the burn-zone areas.  Everybody is taking pre-cautions so the chances of mudslides are diminished and  hopefully those measures will be successful.  SERVPRO of Santa Barbara and Santa Ynez/Goleta was proud to be a small piece of the recovery during the Montecito mudslide and will remain ever-vigilant for future storms.