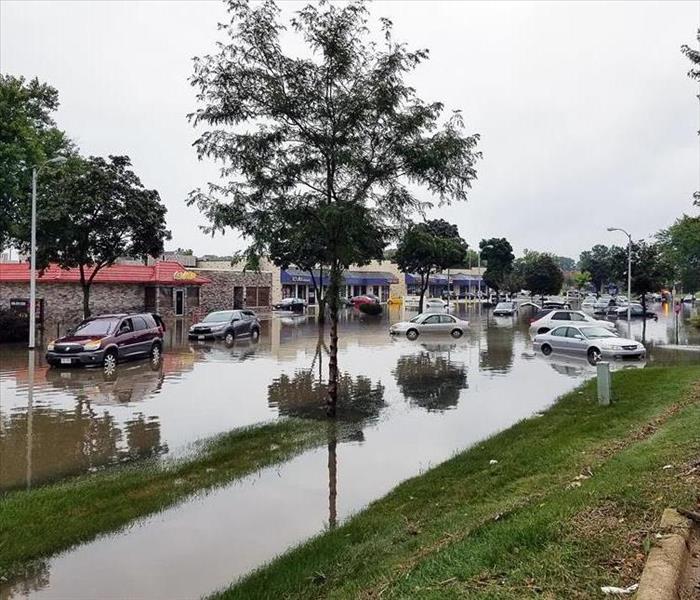 No matter where the disaster, SERVPRO can be there

SERVPRO of Santa Barbara and Santa Ynez has travelled to Minnesota which was about as different as could be for these boys from warm and sunny Southern California.  Rain and melting snow had filled the Mississippi River to overflowing and any houses that were sitting low or had basements were in danger of taking on water.  When the calls began pouring in to the local SERVPRO franchise, he was quickly overwhelmed.  SERVPRO Corporate declared the area to be an official “storm” and sent out the call for help.  The advantage of being part of the SERVPRO franchise system is that in times of crisis, additional aid is only a phone call away.  SERVPRO franchises from across the country responded to the alert, including SERVPRO of Santa Barbara and Santa Ynez.  It took our crew two days to drive from Santa Barbara to St. Paul but once they arrived they hit the ground running.  Long days of helping people with their water damages made the trip worthwhile and we were proud to be able to offer our assistance.

When disaster hits locally, please give SERVPRO of Santa Barbara and Santa Ynez a call at 805-963-0606.